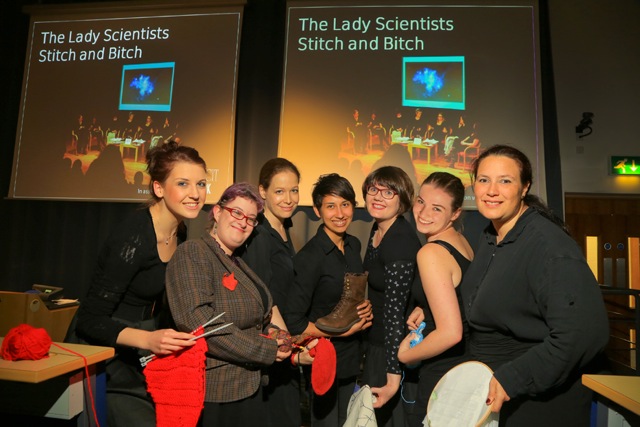 Lady scientists have made valid scientific discoveries, but they also come together to knit and sew. Here’s a collection of stories: human, hilarious, and horrible that show what it’s like being a woman scientist at different times in history.

It starts on 14th October at 6.30pm and it’s free but ticketed. To book a space please email vis@roe.ac.uk. This event is for adults only.

We all took a scientist, researched them and wrote a monologue in character. The scientists and writers are

This Illicit Ink event began at last year’s Edinburgh International Science Festival. It sold out. I wrote about it here. Then we were asked to perform at Heriot Watt University for Woman in Engineering Day last month. I’m excited to be back on stage with my fellow lady scientists on a day that celebrates the achievements of women throughout history.

Men are totally welcome to come to this event too!