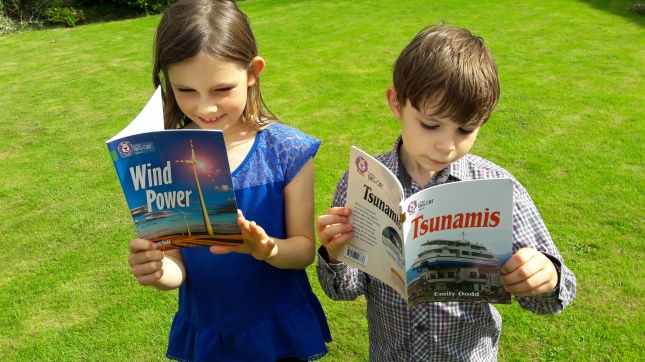 I’m really exited to share two new science books I’ve written with you, Tsunamis and Wind Power. They’re both published by HarperCollins.  They’re educational books so I’m not having a launch but I wanted to explain a bit about them and show you what they look like inside.

So first up there’s tsunamis for 7-year-olds. It might sound a bit niche but that’s the reading age it’s aimed at. All the books in this Collins Big Cat series have a specific age, this one is copper band 12. If you’re a teacher that will make sense to you. Tsumamis would work for most primary school ages though and adults seem to enjoy it too!

I read lots of Tsumami books for research and I found them quite hard to read – death and destruction on every page and not much science. I didn’t want to write a book that you left feeling devastated and I was aware this is aimed at younger children. I focused on the physics, things like how tsunamis are different to ordinary waves and the different ways tsunamis can be created:

I also wrote about how earthquakes happen, natural and man made defenses for tsunamis and predicting tsunamis: 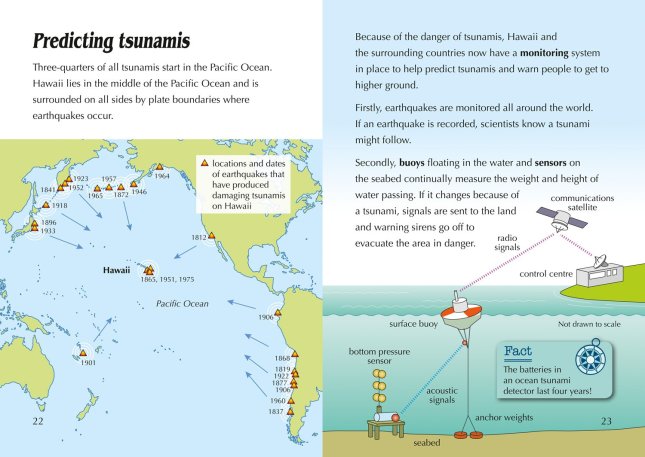 There are case studies within the book, the boxing day tsunami is in there and there is death and destruction but it’s just not the focus of the book. Case studies illustrate the science for example how landslides can cause tsunamis: 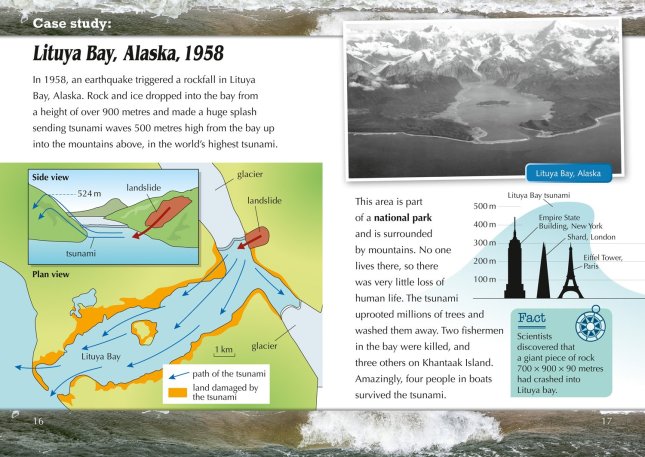 This is what the back cover says:

What is a tsunami? How do they happen? What effect do they have on people’s lives? Learn about how we can predict them by looking at the science behind them and some real-life case studies.

Next up we have Wind Power. This book is for 8-year-olds and it’s all about how we use wind to make electricity. It includes the science of wind itself: 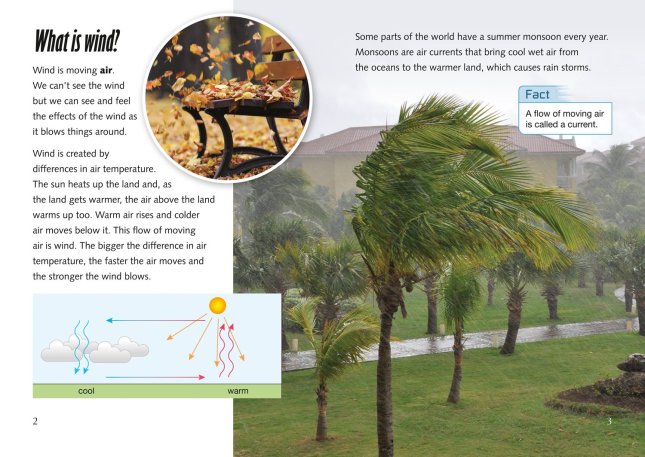 And important things like the problems faced when locating turbines:

And the need to combine renewable energies when wind isn’t constant:

It’s also covers what you’d expect in a wind power book, how we use wind to make electricity, offshore and onshore wind farms and different ways turbines are used around the world. I love this handy recap map of the examples used in the book: 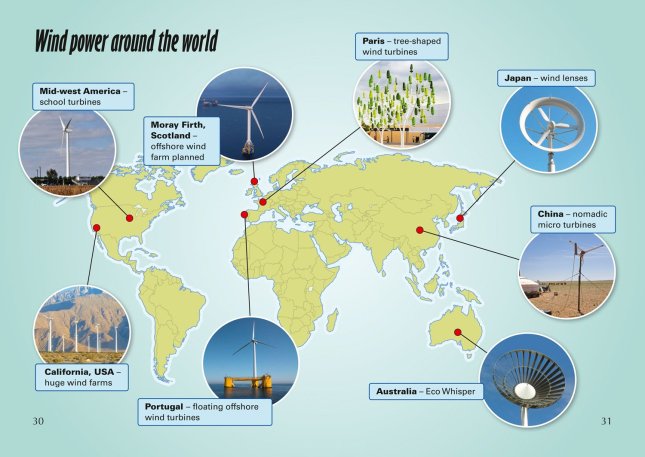 This is what the back cover says:

Wind power is used more and more around the world to give us electricity in our homes. But what is wind? How can it be used to make electricity and why is it replacing other forms of energy? Find out in this book.

For both books I had to plan what would be covered in the book, come up with illustration and photo briefs and write the words. If you would like to know more about the process of writing a nonfiction science book you can read about writing volcanoes, the first educational book I wrote. You might also be interested in reading about creating a wind power science workshop ‘Timmy the Turbine’ for children 3 – 5 years.

Tsunamis and Wind Power are available from all good bookshops, I really hope you enjoy them! 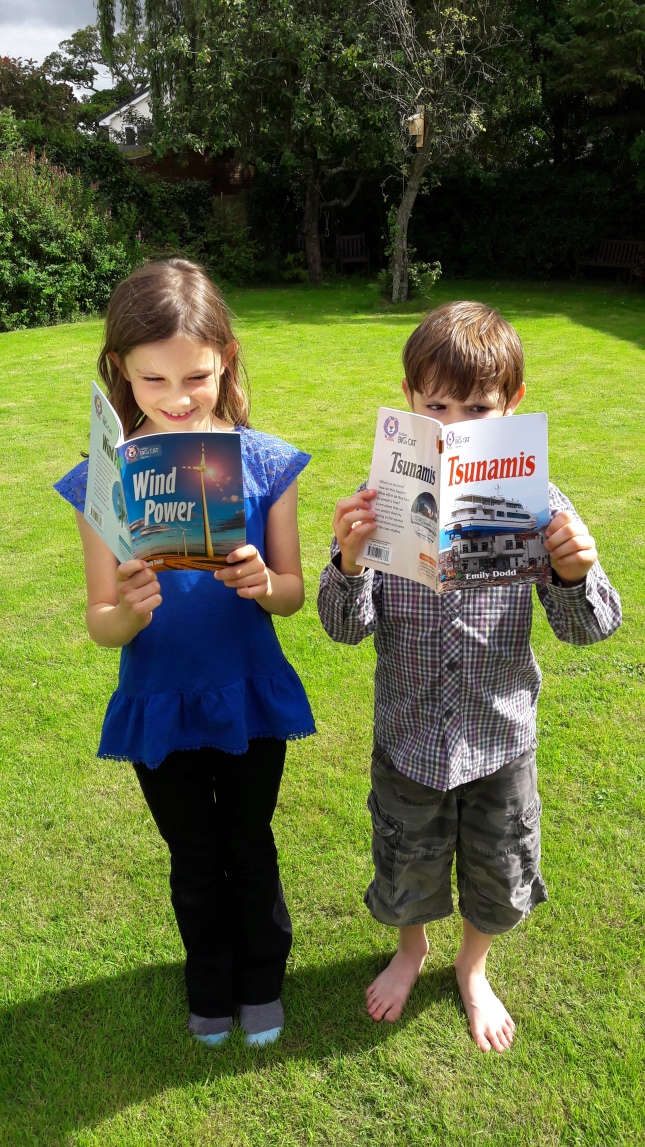 Thanks to my lovely editors Leilani Sparrow (Tsunamis) and Catherine Coe (Wind Power) and to my agent Lindsey Fraser and to everyone at HarperCollins and Collins Primary UK.

Posted by auntyemily on July 27, 2017 in Education, Science, Writing