RSS
← Nina and the Neurons: Get Building
A lovely surprise →

August was a little bit overwhelming. It included nine lots of airbnb guests staying in my old flat, three Edinburgh International Book Festival events, two events at the Green Man festival in Wales, one event in the Cairngorms, a visit from my sister, niece and nephew and three writing deadlines.

I’d launched a book and moved house at the end of July so I didn’t start August in the most relaxed place either. I’d also borrowed money and had a large amount on a credit card and had friends who were going through difficult situations. So I was feeling overwhelmed but then I had a mini revelation at a conference.

Firstly I felt like I should make a list of all the good things that had happened in August. I used to write things I was thankful for in a book at night – a gratitude diary. But I’d somehow got out of that habit a few months back. I’d stopped remembering to be grateful.

And then the speaker was talking about his three-year old daughter. They were in a lift and more and more people were getting in and it was hot and the people were smelly and the wee kid said “pick me up Daddy, it doesn’t look good down here”.

And so the Dad picked up his daughter. And the situation hadn’t changed, they were still squashed into a lift but the child had a different view and that changed everything. So I looked back at the list and realised I’d lost perspective – I’d been too crowded by circumstances and I’d stopped noticing the good things.

So I thought I’d share a few of the good things here in pictures:

A Visit from Family

I had three days off just doing nice things like making this mermaid:

On the subject of mermaids, a group of Illicit Ink writers each took a fairy tale and rewrote it with a twist. This is the Wee Mermanny: 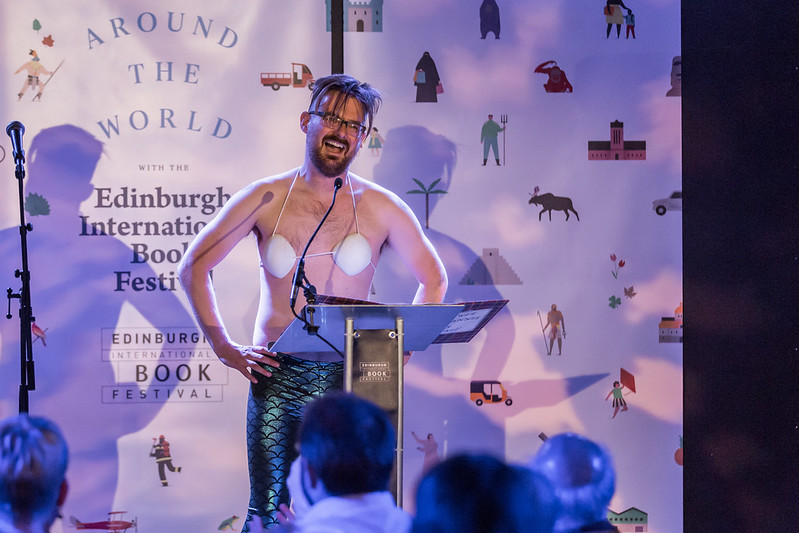 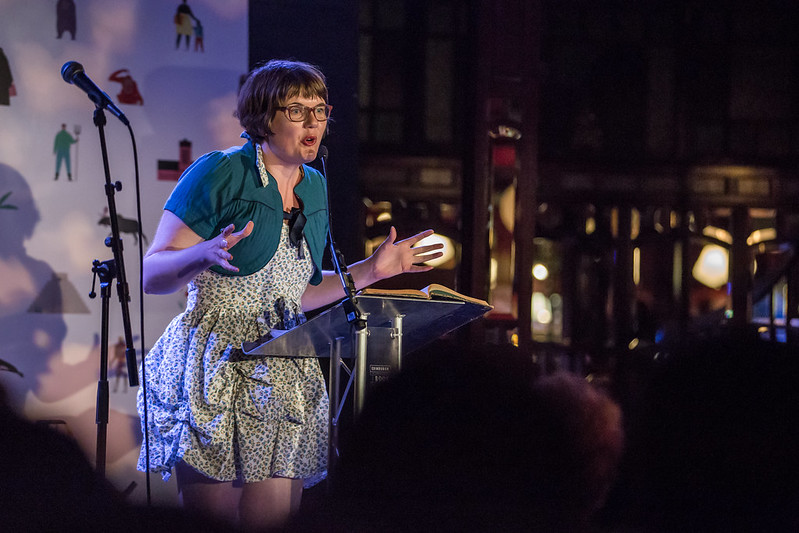 Wales, camping! I did a Cameron kids event in a tent and then some science spoken word for a soggy Sunday afternoon huddle.

I enjoyed meeting families at ‘Are You Sitting Comfortably‘ and doing a schools event for Gala day to promote ‘The Grouse and the Mouse‘.

One of my favourite things had to be taking Can’t-Dance-Cameron to the Loch Garten Osprey Centre in the Cairngorms. This was the place that first inspired me to write a story about a dancing capercaillie.

There was a wee girl at the event called Islay. It’s always children who remind me of the important things in life. She was four with curly red hair. She’d been to see me do Can’t-Dance-Cameron at Dundee Literary Festival last October. Now she’d brought her older cousins and her younger cousins and several families. I soon realised she was the most excited and enthusiastic audience member I’d ever had. When we got to learning the dance moves she triumphantly shouted her catchphrase “I know that!”.

So I got Islay up to the front to help show everyone how to dance like a capercaillie. She was so happy dancing there and when the music stopped I asked the audience to give her a round of applause. The entire Osprey Centre started clapping. All the adults who had been busy at the telescopes during the session had stopped to watch her and now they were clapping so hard . Islay smiled back at everyone. It was really wonderful.

The thing is, going off to the cairngorms by myself was a little daunting. Whenever I do events I feel well… alone. It’s a bit weird. I think it’s maybe because my greatest fear was and probably still is standing up in front of people. I did an MSc in communicating science ten years ago to try to conquer that fear, to learn the skills I needed to stand up in front of people. But it’s not like those feelings ever go away. I get nervous. If I’m on the stage I’m being me so it feels kind of vulnerable. If I’m sharing something I’ve written that’s also me, so it’s double me in front of people and it often makes me feel sick! But when I’m in front of kids I’m so I’m busy making sure they’re having a good time that there’s not really time to think about me. And Islay was having the time of her life so I guess I realised it was all totally worth it

The staff at the Osprey Centre were so welcoming and excited too (not quite as excited as Islay, but still pretty up there). They wrote about the event on their blog here. One of the rangers, Nimrod dressed as Bagpipe the black grouse from The Grouse and the Mouse. He learnt all the Cameron the caercaillie dance moves and came out after we finished the story to join us for one last dance. Unfortunately – the arrival of a giant bird caused three of the children to cry! So he danced at the back instead. He was very complimentary about the session:

“What you’re doing for conservation is astounding!”

Again I was reminded it is all worth it!

After the event I went for a two-hour walk in the forest and it was so beautiful! And I didn’t feel alone even though it was just me. I felt happy.

And that night I had curry with the rangers, the Education Officer Jen cooked up a feast. Nimrod arrived and said he couldn’t believe that I was there with them and it was just really lovely to eat and find out more about wildlife.

One of the writing deadlines I had during that busy August was a synopsis for a non-fiction science book. I heard last week it’s been signed off. So now I’m writing and that’s a new book on the way. I finally put the forest up in my office / room:

I guess it’s a reminder to stop, and reflect and breathe. And to know it will all be okay. Sometimes we just need a new perspective.

← Nina and the Neurons: Get Building
A lovely surprise →