2013 has been a challenging year for many reasons. People around me weren’t well. A few days building work took five months. Near the end of the year I was in severe pain and on three types of prescription pain killers. At one point I actually thought I was going to die.

Through all of that, people were amazing. They dropped round with meals, someone gave me a £50 shopping voucher. Friends and family looked after me. I felt grateful despite the pain and strangely, at the point when I was least able to work – work came in. Commission after commission for the year ahead. It was a little overwhelming.

I’ve had help to get writing equipment too, an electric desk and a good chair. My back is much better and I’m off pain killers. The building work is done and I have a safe place to call home. I appreciate life more than I ever. I value my health and the need for rest more than ever. I appreciate people more than ever. I’m also really pleased we’re in 2014.

Last year was a year of firsts too. My first appearance in the Edinburgh International Book Festival, my first screen credit (that’s my name at the end of television show with the title ‘writer’) and I ended the year by signing a contract for my first picture book.

I’ve summarised the highlights in a countdown from ten… 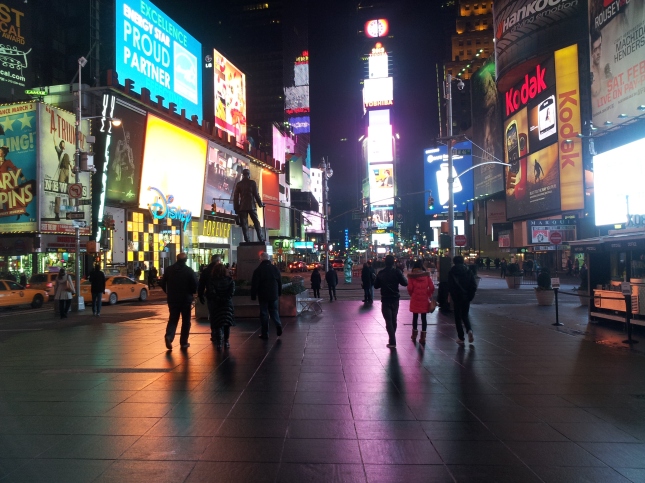 In February I visited New York to attend the Kidscreen Summit. It’s a huge children’s TV market and conference. I’ve always wanted to go and it was exciting to be pitching an eco comedy drama I’d developed for Visible Ink Television. I wrote about it here.

I also attended the Little Airplane Academy. It’s a three-day intensive course in all aspects of how to create a great pre-school television series. It was brilliant!

I wrote about some of these workshops on my blog so just click the links above to find out more.

I start phase two of creating digital stories with the Govan Reminiscence Group next week so I’ll blog about that project soon – I can’t wait to share some of the moving stories they created with you.

Here’s the Filmpoem created when I worked with children aged 5 – 10 during the Film Poem Festival in Dunbar. I ran a poetry workshop and walk while Artist Alastair Cook was capturing film and composer Luca Nasciuti recorded sounds. What I love about this is that the words are entirely the children’s own:

EIGHT Finalists in a poetry competition

I felt honoured to be asked to judge the EuroStemCell creative non fiction writing competition. I judged the poetry category. There were eight excellent finalists, read more about the competition here and find the winning entry here.

The highlight was being part of the Illicit Ink graphic fiction event during the Edinburgh International Book Festival. I read a story I’d written about an otter who’s an artist, while Guardian cartoonist and author Stephen Collins drew the story live (Thanks to Chris Scott for the picture above). I wrote about it before and after the event.

There were a few other live performances in 2013, see my gigs section for all of them.

I saw my name for the first time at the end of CBeebies science show Nina and the Neurons. It was exciting and strange to see it. I realised it made me a professional screenwriter but I didn’t actually feel any different to how I was before.

I was the screenwriter for two episodes about engineering and later in the year I wrote four episodes about space. I also worked on storylines and development for the series. Read more here. 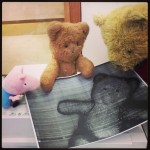 Here’s the Leith Library top ten highlights blog I wrote when the Scottish Book Trust and Creative Scotland residency finished in the summer.

FOUR weeks on a writing retreat

Thanks to the Creative Scotland and Scottish Book Trust Residency at Leith Library, I got to go on my first ever writing retreat. Half of it was spent in Ullapool (thanks to my writer friend Mairi) and the other half was cat sitting at my sister’s in Lancashire. I wrote about it here. 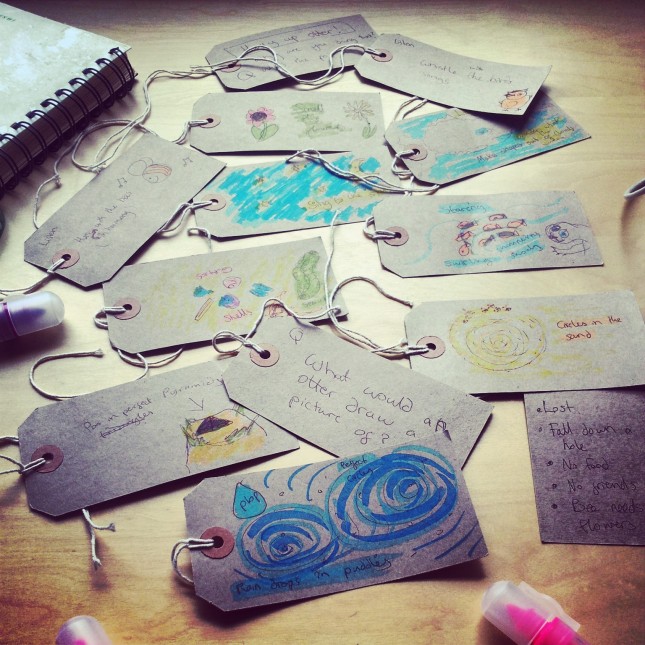 The Capercaillies (rare scottish bird) dance very early in the morning so I had to get up at 4am. I live tweeted the adventure – I know, no one was awake to see it but I wanted to do it anyway. Here’s a picture of the amazing sunrise from the RSPB Loch Garten hide: 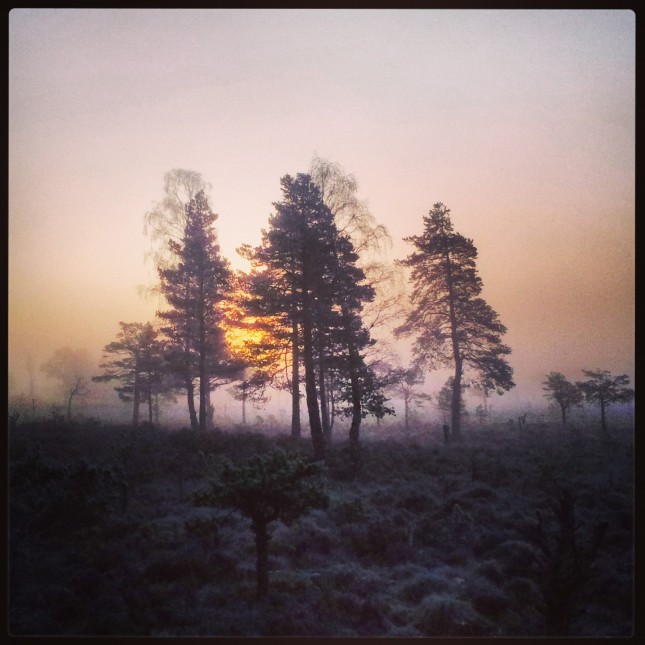 And here’s the video I made about it:

On the subject of outdoor adventures, I also went canyoning (jumping off rocks into the river in a forest) and I watched a friend do the Great North Swim. Here’s a picture blog about going wood foraging for the first time.

I can’t say much more about this just now but I can say it’s being published with Floris Books and will be out in July. It’s one of the books I wrote on my writing retreat so I need to say a massive thanks to the Scottish Book Trust and Creative Scotland. I was funded for nine months in the Library and three months to do my own thing. Without that funding I would never have been able to take a month off to write.

I went to three weddings and no funerals. My best friend from primary school got married in Brighton. There are four of us who have been best friends for over twenty years. Two of us were bridesmaids, one was a bride and the other was the vicar! Our vicar best friend sat on the top table and was somewhat of a celebrity. 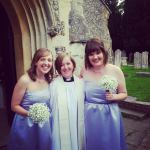 Earlier in the year we all went to see the vicar (Hannah) run the London marathon. I wrote about that here.

I want to write three books and a new sitcom. I wrote three and a half books last year and a sitcom the year before so I’m hoping I can do it! I lost four months being ill in 2013 so if I’m healthy I figure that gives me some more writing time.

I’ve got new glasses and I’m starting the year with a cat called Oscar.

Just now I’m writing for CBeebies, two scripts down and one to go. I can’t say which show it’s for, sorry!

This week I launch a positive news blog called Common Good Edinburgh. I’ve been funded for a day a week for six months to work on this project and I’m really excited about writing about some of the amazing things that are happening in our city.

Next Week I start phase two of running digital story workshops with the Govan Reminiscence Group for the Britain from Above Project.

Next week I’m also starting a project writing science shows with young people from a secure unit with the National Museums of Scotland and Cardiff based company Science Made Simple.

Last week we launched Forest Families in Gorebridge, I’m the storyteller for the project – more here.

The week before last I piloted a new nursery workshop I’ve written called Timmy the Turbine – I’ll blog about that soon.

I want to say a massive thanks to everyone who’s been part of my 2013. Thanks to friends, family and colleagues for laughter, support and encouragement. I’m looking forward to 2014.