If you were on a writing retreat in Ullapool and it happened to be the Skiff World Championship you’d join in a little wouldn’t you?

Today I swapped my pen for an oar when the Portsoy Skiffettes offered me a row. My friend Chris (he’s rowing for Newburgh) told them I’d never been on a skiff. “This lassie wants a shot!” someone shouted and they quickly assembled an experienced cox and three experienced rowers and soon after we headed out in their hot pink skiff.

I’ve been in a rowing boat but this was different. The oars are much longer and you just have one each. I needed to watch the oar ahead of me and time my oar to hit the water at just the same time. You have a seat each so the oars are staggered. I loved it, my arms are aching a little now but that’s a good thing. Here we are afterwards, that’s me in the green: 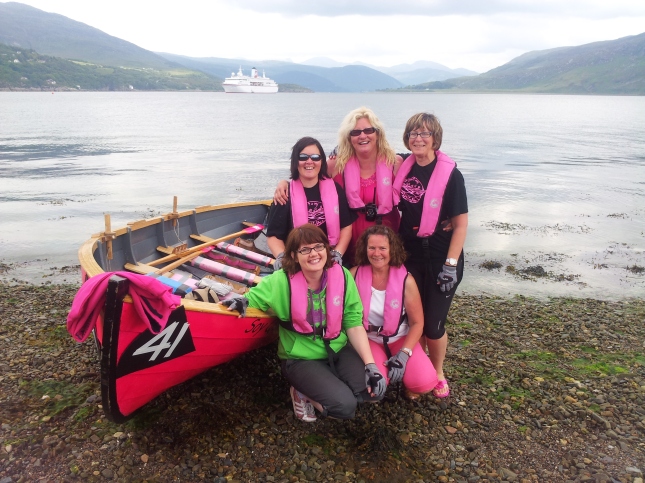 The Portsoy Skiffettes built their own boat, just like the other teams here. They explained it’s a community boat that brings people of all ages and backgrounds together. The World Championship has heats for over 40s, over 50s and over 60s so it’s something people enjoy well into retirement.

I must confess this afternoon’s row isn’t the first bit of joining in I’ve done. I was at the opening ceremony on Monday – here are the skiffs with their oars in the air saluting Princess Anne: 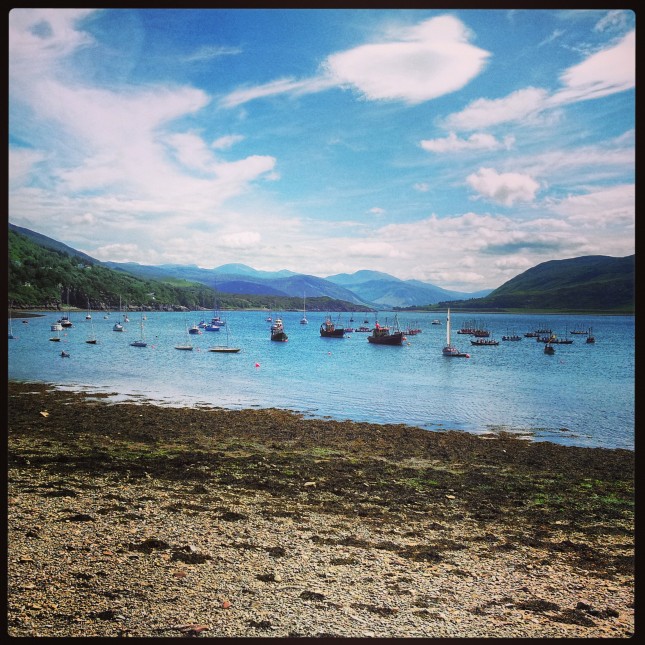 On Tuesday I purchased a bright green skiff hoodie (I know, proper joining in now!). I also discovered the wonderful Sephira – a musical ark from Pennsylvania designed to play music in the range of whale speak: 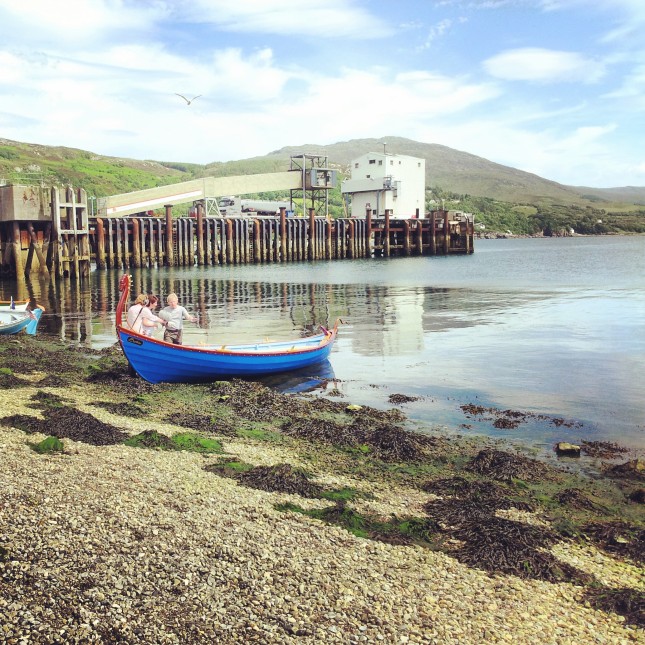 On Wednesday I caught the mens over 60s final : 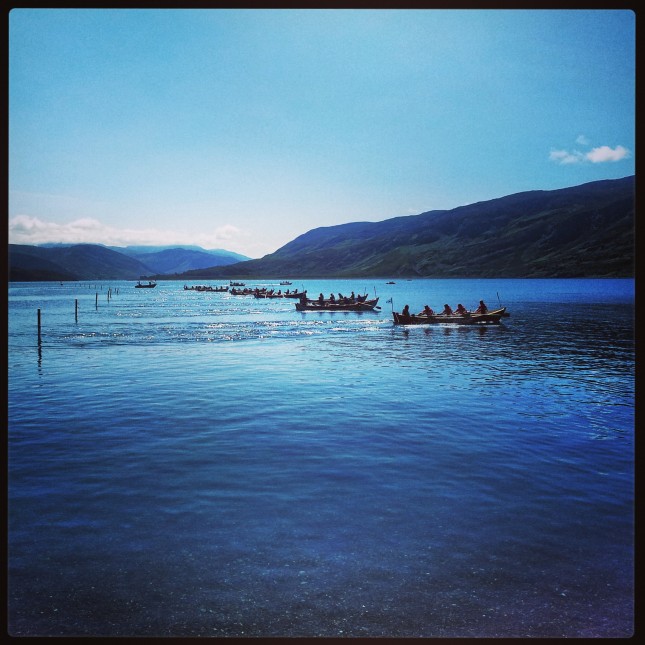 Yesterday I met my local team from Edinburgh, the Newhaven rowers: 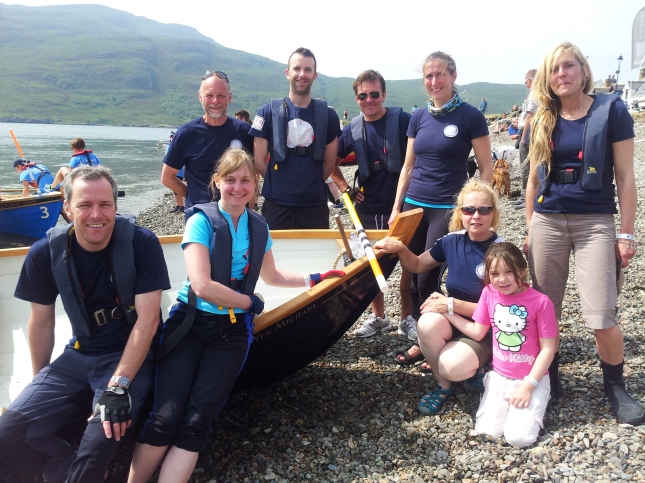 I love the team portrait created by the girl above:

Today I watched a few races, rowed on a pink skiff and stayed for the prize giving ceremony.

Just as the ceremony began some loud music started to play from a nearby car. “Shhhh!” people said angrily, aiming their voices in the direction of the noise but then… a bunch of rowers in red t-shirts jumped into the middle and started dancing. It was North Berwick, the largest crew here. More of the crew joined in waves until finally, two men in drag joined the flash mob: 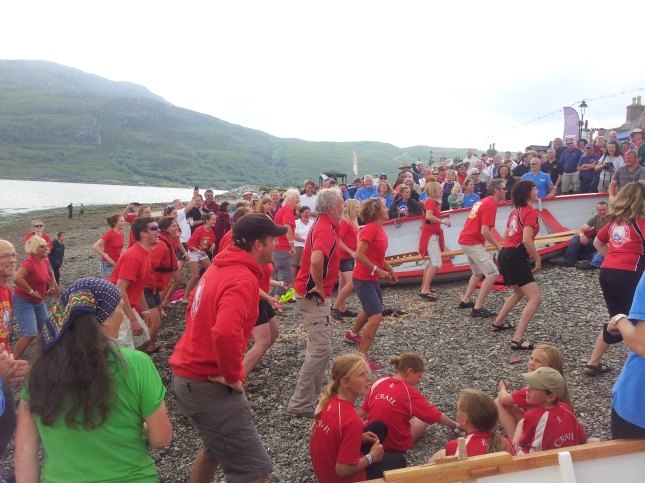 After the ceremony I went to find the Dutch team in the campsite. I’d heard they party all night long and have the most fancy camp gear. I can confirm they really did bring leather sofas: 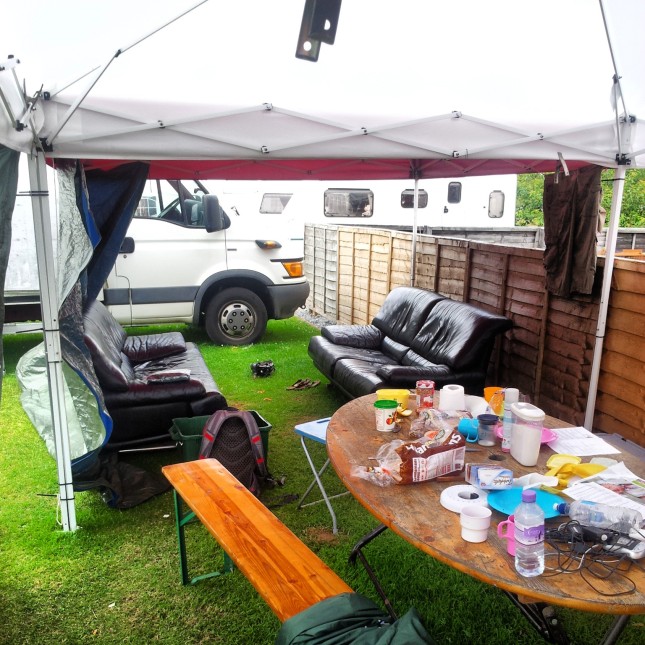 And a hoist barbecue: 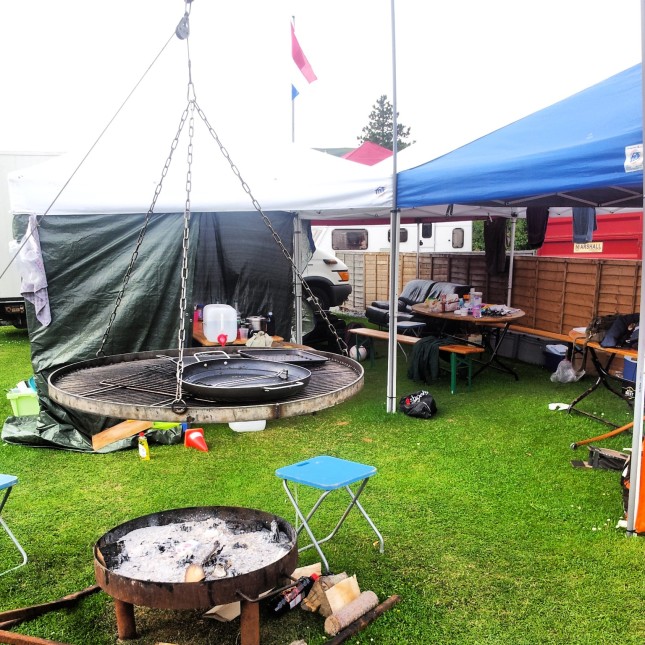 There’s just one day of rowing left in the world championship and it’s close on the leader board:

As for the writing you’ll be pleased to know it is still happening despite the skiffs. I’ve written four picture books so far and I hear back from Floris next week. I’m going to start a new project this weekend too. You can read more about what I’m doing on my writing retreat here.

6 responses to “The Skiff World Championship”