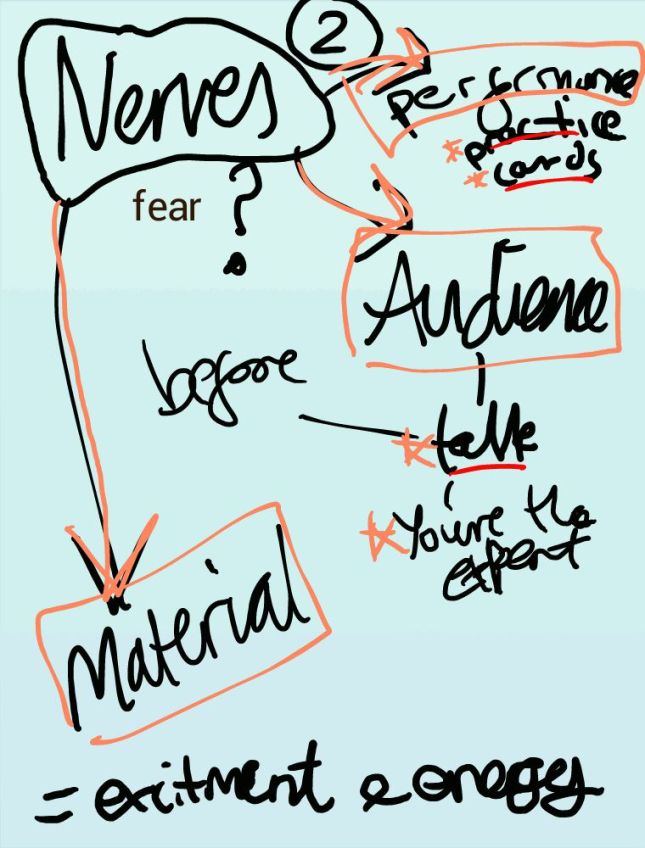 This Saturday 12 S2 pupils from Holyrood High School perform their first science theatre show at the National Museums of Scotland as part of National Science and Engineering week.

They’re performing ‘Alex’s Amazing Adventure‘ as part of a pilot project ran by Conor Hull, Community Engagement Officer at the National Museums of Scotland. I worked with Conor and the pupils for one afternoon a couple of weeks ago. This was the beginning of the project and the beginning of their training as science communicators.

Here’s a bit about the training session and how it went.

What did we do?

We started with introductions and an ice breaker. Next the students pretended to be primary school pupils as they watched a performance of ‘Alex’s Amazing Adventure’ from Conor. They were looking for what they enjoyed about Conor’s presenting and the show. We discussed this afterwards. Then it was over to me and I covered:

We looked at clips of science communicators in action and evaluated their performance in light of what we’d just learned. For example did the presenter ask the volunteer their name and then use it?

The session included lots of group discussion, brainstorming and practical examples. It ended with the pupils performing a very small section of the show which wee filmed and played back to them.

How did it go?

The pupils were selected by teachers for being

So it was a group with mixed interests and abilities. I loved working with them. Their questions steered every section of the training and I often covered topics ahead of the schedule because of their interest and lively questioning. They asked questions like

One pupil said to me “everything you’ve said I would have done the opposite!” I assured her that was brilliant because it meant she was learning loads.

The pupils applied what they learnt straight away too. For example we’d covered if a science experiment doesn’t work you try it again and if it still doesn’t work you explain that science is all about trial and error -some of the greatest discoveries in science come from things not working in the way we expect! You would then explain briefly what would have happened and you move on without laughing or blaming the volunteer for messing it up.

Several of the pupils were expertly unflappable during their performance when an experiment didn’t work. They even talked about trial and error and how what we’d just seen was an example of science in action – amazing for their first ever science theatre performance.

For my first science theatre performance (eight years ago) I had a total blank and froze! I told them that. I wanted to give them examples from my own experience and most of all I wanted to encourage them.

We asked pupils to put dots on a line for their enthusiasm and ability in science and drama before and after the session. All of their responses increased positively.

The teacher accompanying the children was really enthusiastic about the training and she said it should be mandatory for every pupil. She said it wasn’t just science communication, we were learning life skills – how to present yourself, how to treat others and how to empathise, EVEN with your teachers!

The pupils have been practicing with support from their teacher and with help from Conor.

I know they’ll make excellent science communicators this Saturday. You can go and see them at the Museum for free at 12.30. 13.30 and 14.30. More details here.

Posted by auntyemily on March 11, 2013 in Education, Events, Science