Nina and the Neurons: Go Engineering 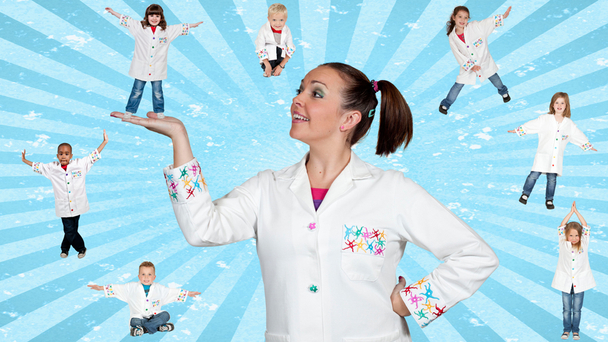 Go Engineering, the seventh series of CBeebies flagship science show Nina and the Neurons starts today at 4.30pm. I’m excited to be the screenwriter for two of the episodes and I worked on the storylines for seven of the episodes.

Nina and the Neurons Go Engineering is on every weekday at 4.30pm on Children’s BBC channel CBeebies until Friday 22nd March. You can watch any episodes you’ve missed on BBC Iplayer.

Look out for my name in the credits at the end!

I worked on the storylines for:

What’s the difference between Screenwriting and Storylining?

Storylining is creating the story behind the episode. For this series it involves coming up with science demonstrations that will lead a child through the answer to an engineering question step by step. A finished storyline can be given to a screenwriter without a science background and it gives them enough detail to be able to visualise the episode and write a good script. It’s generally a few pages long and includes images and links to further info. It’s a challenge to write because it needs to work well visually, be simple enough for children to understand and tell a story with complete scientific accuracy.

Screenwriting is writing a script for the dialogue of an episode and the screen directions (NINA GIGGLES) using the storyline as a template. It’s a challenge because you need to be able to explain science to three to six years olds in a language they can understand but also using dialogue in keeping with Nina (and her Neurons) and it has to fit the timings required. The Screenwriter writes the script and sends it to the Producer who sends back any rewrites needed.

I loved working on Nina and can’t wait to see my episodes and rest of the new series!

I’ll add transmission dates for the later episodes once they are published (a couple of weeks before transmission). Find out more about Go Engineering on the Nina and the Neurons Website.

16 responses to “Nina and the Neurons: Go Engineering”